Electric-powered drilling is coming to Appalachia

Four years after electric-powered revolutionized fracturing in the basin, drilling is following in its footsteps.

CNX brought electric-powered hydraulic fracturing to the Appalachian Basin back in 2019 in partnership with Evolution Well Services. The technology converts on-site natural gas to electricity using a turbine, which then powers the fracturing fleet. This eliminated thousands of gallons of diesel fuel each year along with the associated supply chain needed to bring the fuel to site. In addition to reducing emissions and costs, it also improved safety and noise components of natural gas development.

After using the technology successfully for the last three years, CNX and Evolution recently announced a four-year extension of their agreement.

Now, CNX has announced it will bring electric-powered drilling to Appalachia through a new partnership with Dynamis Power Solutions.

Dynamis is the sister company and the technology behind Evolution's electric fracturing fleets. The Dynamis Hybrid Drilling system uses high efficiency continuous duty natural gas reciprocating power generation on site as well as battery storage technology to reduce emissions and fuel consumption while at the same time improve efficiencies. Like the electric fracturing technology, it eliminates diesel fuel from the drilling rig.

The electric-powered drilling technology will be introduced in 2023. 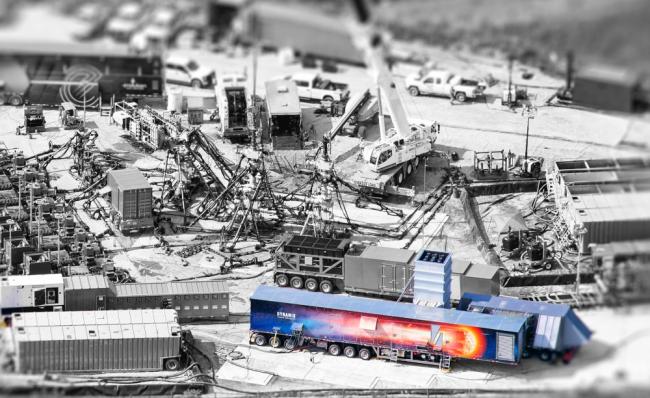 Get updates in your mailbox